There is nothing that wakes me up in the morning quite like the smell of coastal ocean spray, fresh fish, and undertones of marine mammal poop (you thought I was going to say coffee, didn’t you?). In the spring of 2016, I migrated from sunny San Diego, CA to just north of the Golden Gate Bridge, in foggy Marin, CA, to collect data for my master’s thesis. My research examined how we can improve the welfare of wild harbor seal pups (Phoca vitulina richardii) during the rehabilitation process at The Marine Mammal Center (TMMC), the largest wildlife rehabilitation hospital in the world.

In the wild, animals use their senses and problem-solving skills to find food, shelter, mates, and avoid predators. For example, harbor seals are often found in variable coastal environments, and have the ability to dive between 5-100m deep, using various hunting strategies (active or sit-and-wait) to capture their food.  In captive environments, however, the ability to use those skills is limited. Imagine you were sick and in a hospital room that doesn’t have any books or games while you are recovering; it would be pretty boring. It may also make you anxious to be in the same room day after day with nothing to do, so you may start developing nervous habits like twirling your hair as a way of staying occupied. It is the same for animals, and we call these habits “stereotypical behaviors”. These behaviors can develop when animals are bored or have limited opportunities to perform behaviors they would normally perform in the wild (Mason et al., 2006). A little hair-twirling never hurt anyone…so, why is this important?

Stereotypical behaviors can be a behavioral sign of chronic stress, which has negative effects on the brain and may prevent the development of important skills needed for survival, such as hunting for fish (Mason & Latham, 2004). Eastern Pacific harbor seal pups are precocial, meaning they can swim at birth, and nurse for 6-8 weeks. If separated from their moms during this time, they are likely to starve because they haven’t learned how to hunt for fish. TMMC rescues these separated, often malnourished pups, builds up their health, and then releases them back into the wild when they are old enough to hunt on their own. During rehabilitation, they are learning how to catch and eat fish, a skill that is crucial for their reintroduction success.

Olsen snoozing on the enrichment

To help them learn to hunt, I used enrichment, which are essentially toys with a purpose. Our goal was that each “toy” encouraged exploration, physical activity, foraging, or problem-solving. Starting at 6:30am, I would hide behind a covered fence (to avoid the seals becoming habituated, or comfortable with humans) in the chilly, coastal fog and record if the seals exhibited stereotypical behaviors like chewing their flippers or swimming in circles. After my observation period, for half of the seals, I added enrichment to their environment and recorded how much they interacted with it. This allowed me to compare how much I saw stereotypical behaviors in the seals who had enrichment vs. those who didn’t. My results show that enrichment does reduce stereotypical behaviors, which is important in improving the welfare of these seals while they are under human care. Additionally, I found that the more harbor seals interacted with enrichment, the quicker they would forage on their own. This has important implications for how we can help seals prepare for reintroduction to the wild! 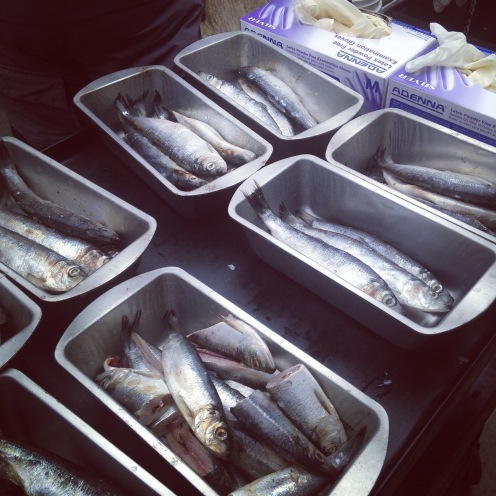 One of my research assistants doing behavioral observations

Behavioral measures are very important to understand how animals are interacting with their environment; however, it is important to complement behavioral data with physiological data. This led me to “poop patrol.” Any time a seal would poop, I would swoop in with a container to collect a sample (science can be so glamorous) so I could later test cortisol levels. Cortisol is a hormone (signaling molecule in the body) that is commonly associated with stress. Cortisol in small (or acute) doses is not bad because it contributes to the survival success of animals. However, if cortisol levels are too high for an extended (or chronic) period of time, that can lead to negative effects related to stress, such as lower immune response and reduced neural development (Sapolsky et al., 2000). I predicted that harbor seals that interacted with enrichment would have lower fecal cortisol levels than seals that didn’t interact with enrichment. However, not all predictions go like you think they will. After collecting 142 cups of poop and spending 4 days in a laboratory sifting through particles and shooting gamma rays at vials of fecal cortisol (#radioactivedookie), I found no differences in the cortisol levels between the two groups. This may be because not all high levels of cortisol mean that something is wrong. Cortisol levels change during big developmental changes, such as gaining weight or changing diet, both of which were happening with the harbor seal pups when I was collecting data. 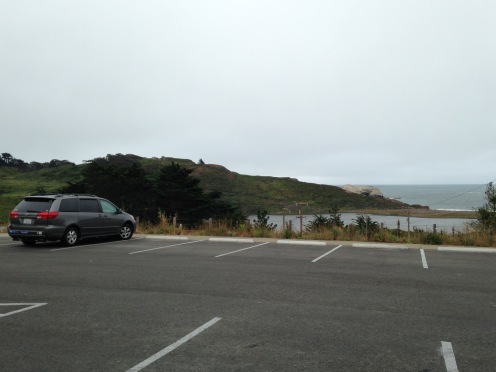 My trusty mini-van, the Gray Whale

To add to the glamour of poop patrol, I was a “science vagabond,” living out of my trusty mini-van, “The Gray Whale.” TMMC is a world-renowned veterinary facility, and for my first month of data collection, they had no available housing for researchers. I didn’t mind though, because I got to live and work in a place with ocean views. I later received a researcher room in a cozy cottage by the sea, watched all the harbor seal pups return to their ocean home, and am no longer a science vagabond. Still, those long days of being damp, cold, and always smelling faintly of seal poop are days of science that I cherish while in the humdrum of writing up results and new research proposals. 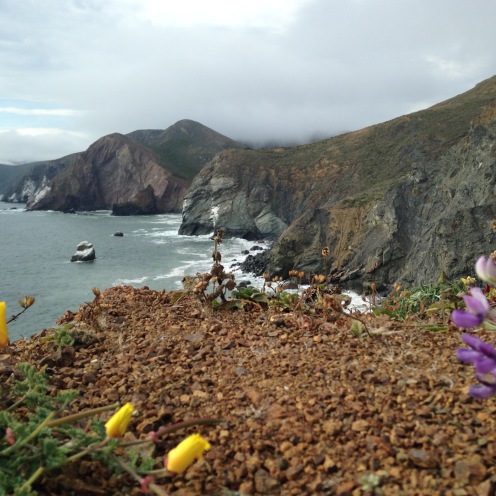 When scientists have a burning question that no one has answered yet, they will go to the ends of the earth and do almost anything to be able to find the answer. While I may have answered one question of how enrichment can be used in wildlife rehabilitation, in the process I have come across more questions that now need answers. How can we improve diving skills of seals in rehab? Can we create enrichment that will help seals develop problem-solving skills they can use in the wild? Does enrichment have long-term effects that help seals once they are back in the wild? I am hoping to answer more of these questions during my PhD and that these answers will lead to a better understanding of conservation management and reintroduction success not only harbor seals, but other species as well. Stay tuned for updates and pictures of charismatic megafauna (aka adorable animals)!

Karli Rice Chudeau is a 1st year PhD student in the Animal Behavior Graduate Group at UC Davis in Dr. Jason Watter’s lab. Her research interests began by examining the effects of enrichment during her master’s program at California State University San Marcos. Karli now studies how to assess welfare and use behavioral interventions in wildlife rehabilitation settings to improve reintroduction success, specifically with pinnipeds.